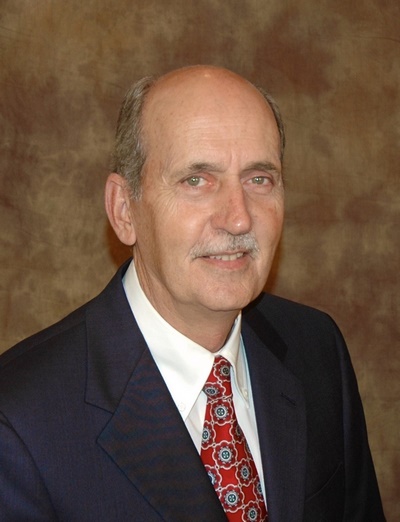 Rev. Bud Jones moved to his heavenly home on Wednesday, September 23, 2020. This Mighty Man of God impacted his family, church, community, conference and so many people through his life.

Franklin “Bud” Eugene Jones, age 77, passed away peacefully Wednesday, September 23rd, in his hometown of Apache, OK. Services will be held Saturday, September 26, 2020 at 10:00am at the Apache First Pentecostal Church.

Bud was above all a man of integrity. His strong character drove him to live a life of excellence and service to God, family and community.

Bud worked as a computer specialist for the US government in Ft. Leavenworth, KS from 1973 – 1981, when he began to feel called into full-time ministry. Leaving a successful career, Bud and his family returned to Apache, OK where he served as youth pastor at Apache First Pentecostal Church for two years and then moved into the Lead Pastor position. He served in the Pentecostal Holiness church at the conference level as well, holding a position on the Conference Board for several years. Additionally, he was recognized as the first Pastor of the Year for the Heartland Conference. He and Shari faithfully served the members at Apache First Pentecostal Church until his retirement in 2011.

His desire for ministry remained strong and he sought ways in which he could fulfill that call. He served as a volunteer chaplain at Comanche Memorial Hospital and Southwestern Medical Center. He and Shari regularly held church services at the Lawton VA Center, Brookridge Retirement Center and McMahan Thomlinson Nursing Center. He also continued to minister to those in his local community.

Bud was a strong advocate for the town of Apache and its people. He was an active member of the Chamber of Commerce, serving in leadership roles for many years. He and his wife Shari received the Apache Town Treasure award and a few years later, he was named the Apache Man of the Year.
Bud was an avid photographer and particularly enjoyed following local sporting events. You could often find him near the action with camera in hand.
He was a lifelong lover of the game of golf and had many stories to share about the antics of he and his golf buddies.

He was unwaveringly devoted to his wife, Shari, and they served together as a team for 56 years. He loved his family deeply as a father and Papa and never left any doubt about how he felt about them.

He wasn’t a man who sought accolades and honors yet he received many throughout his lifetime. On Wednesday, September 23rd, he received the greatest accolade of all as he was ushered into Heaven and heard the words, “Well done, good and faithful servant”.
Bud is survived by his wife of 56 years, Shari Jones of the home; daughter, Jamie Scammahorn and her husband Mike of Yukon, OK; son, Les Jones and wife B.Kay of Hartselle, AL; son, Brett Jones and wife Heather of Enumclaw, WA; sister, Shirley Chase of Stillwater, OK; sister, Nancy Groseclose of Oklahoma City, OK; sister, Mikey Fowler of Spiro, OK; seven grandchildren and two great-grandchildren. He is preceded in death by his parents, B.F. and Valera Jones, and sisters: Ruby Lee Jones, Lilian Vestel, and Betty Dain.