News from the Heartland Conference 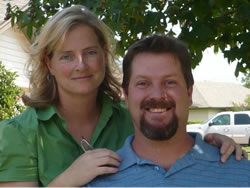 Pastor Steve Cowan led MY Church in its third birthday celebration Sunday. The Mustang church started as a new church plant and now has two Sunday morning services with combined average attendance of about 100. The Mustang sanctuary has room for about 100 chairs.

Pastor Steve and Krista have worked hard at growing the church, including remodeling the facilities. The interior of the sanctuary looks so new one would not believe it is the same building. The next phase is to give the exterior of the building a new image with new sidewalks, porches, awnings and landscaping. Pastor Steve also believes in community involvement , and now serves as president of the Mustang Ministerial Alliance. He has done a very good job getting the name of the church established in the Mustang area. As another example, in the recent Heritage Day parade the church won the best float award.

The occasion was marked by one worship service followed by a barbecue brisket dinner under the big tent.
Pastor Steve believes strongly in the importance of well-planned special days to keep momentum alive and the church growing.

The IPHC has implemented a strategy to double churches and membership by 2020. This bold vision is called Vision 2020. Heartland Conference has partnered with this vision. There is still time for you to reach this worthy goal. By growing 10% a year for the next eight years, your church will double by 2020!

“Kindle a fire” in your churches growth! 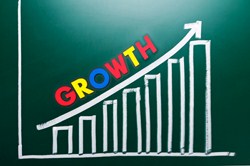 As part of Vision 20/20, we want to see all of our churches growing. Did you know that if your church grows by only ten percent a year, you will double by 2020?

Harvest Time in the Heartland!

MYChurch in Mustang, led by Pastors Steve and Krista Cowan, reached 171 in two services February 19. The church is 2 1/2 years old and conducts two Sunday morning services. In the growth spiral of the church, Steve and Krista make effective use of special days. A highlight of the year is the annual baptismal service, a delightful morning of worship for the candidates and their families. This year nine were baptized and five children dedicated. The attendance in both services was 171, with 141 packing into the sanctuary for the second service. Pastor Steve preached a salvation message.

Congratulations, Steve and Krista, on your harvest and your new record attendance!

We use Google Calendar to maintain our online schedule. Google Calendar is free, and syncronization with many other calendar systems including Microsoft Outlook, iPhone, Android devices, etc. is possible. You can create a free account at calendar.google.com.

button at the bottom of the calendar to add any or all of the following calendars to your calendar: